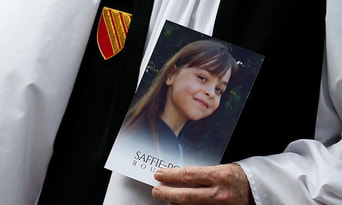 Saffie Roussos
Most of the stories and explanations for the titles below are in the words of the composer.

Winter Sunshine
A reaction to a gig the previous evening I played at where the trumpet player played hard bop.

Chipper Flipper
Written for Philipa,  lead alto player with the Sussex Jazz Orchestra for many years.
I wrote this for Ian Hamer and Phillipa to solo on.

Branching out
written when the SJO (Sussex Jazz Orchestra) was rehearsing at the Branch pub in London Road - Brighton.
Ironically we later quit the pub so the title seems to have been a touch of deja vu.


The Wrong Song
A bit of fun as it might seem that the pianist and the rest of the band are playing different charts. This is always amusing at rehearsals but highly embarrasing on gigs.


Goodbye Trevor
I wrote this when my good friend Trevor Kaye died and played it at his cremation service.  I later turned it into a big band arrangement for the SJO.  Ian loved the colla voce section at the start and always tried to lose me when trying to accompany him.

Elma's Farm
For yet another alto player from the SJO.  Elma Houghton whose family had a farm in Devon.
When Alan Skidmore played a gig with the band he was very struck by Elma.

Para Uma Amiga
Portuguese "for a friend."
I wrote this tune for a Brazilian waitress in the Grand Hotel in Eastbourne.
I think her name was Vivienne from São Paulo.
I later arranged the band chart to feature alto player Linda Atkinson - then in The SJO

Eyes Of A Child
No explanation for this composition.

El Toro Berto
Written for the drummer with The Fred Woods Band who was called Bert Bullock.  I was invited to one of his birthday parties the other side of Billingshurst.  I set off in the car with some manuscript paper and made up the tune and arranged it for trio on the way there so we were able to play it.

​Eau De Toilette
“Regarding Eau de Toilette, I had the idea of the title from the men's toilet in the Grand Hotel in Eastbourne which had a faulty water system which resulted in some very melodic sounds as it filled the cistern. I used to hear these sounds regularly as I worked there for 26 years.  I originally thought of calling it the Cistern Chaple.” (PB)   This piece is arranged and extended by David Beebee with permission from Paul Busby.

Brenda
She was the wife of Tony Cameron, an optician living in Bexhill who played trumpet and sang.  Tony and I played together in a band back in the 1980s.  One day we were stuck for a rehearsal venue (we usually used to rehearse in the pub in Hooe - which is where I learned about Hooe and wrote a tune about it).  Brenda invited us to rehearse at their house and only afterwards I learned that she herself was sick in bed.  To pay tribute to her kindness I wrote the tune Brenda and some years later wrote a string and woodwind arrangement of it for my good friend Trevor Kaye.

Ali's Adventures In Wonderland
A few years ago I used to give piano lessons to Ali.  She lives in Ringmer and I've never met such an enthusiast for jazz.  She started a jazz jam every week in the scout hut and puts on 2 sessions every Sunday.  I was asked to lead one of the sessions recently and to give people something to play I wrote this tune.


The Eighth Day
No Such Thing A Never and The Eighth Day both come from my Cycles Suite commissioned by Brighton Jazz Club in1985.
​The first performance was in Brighton with a second performance across the sea in Dieppe.

Spot The Paul
Once upon a time Paul Busby composed a fun piece for the trombone sextet "Bill's Bones".  In that configuration there were three Pauls: Paul Busby (piano), Paul Nieman (trombone) and Paul Wittern (double bass).  The piece featured the three Pauls in a kind of mini triple concerto.  This version is arranged for The One World Orchestra.  There are fewer Pauls in the orchestra so it remains to be seen how PB has adapted to the new world.

Walk the Walk.
A tune about my daily walk in the countryside.

In-fidel-ity.
A salsa tune which I've taken liberties with,  just as the current rulers of Cuba have departed from Castro's revolutionary ideas.

Saffie.
In memory of Saffie Roussos the little 8 year-old girl and others killed in the
​Manchester terrorist attack.

The Trump shall sound...and the twit will tweet.
The title refers to Purcell's "The Trumpets shall sound".

Leapedy Lee.
This refers to the leaps in the tune.  Title influenced by the children's song Loopy Loo. ("Here we go Loopy Loo...")
​
Sad Happy Face.
This consists of consecutive minor and major chords.
The Boys' Toys
refers 1. to Kim Jong-un who seems to get the same pleasure from  nuclear weapons that young boys have for train sets.  2. Trump - who told Kim that his (nuclear) button was bigger than Kim's.

The G-word
G stands for Girl.  Explanation - in a girls' private school in Surrey the teachers have been forbidden to refer to them as girls.
Instead they have to refer to them as students.
To my mind this is politican correctness taken to its mad extreme.

Arabesque
According to Wikipedia,  Arabesque means "a form of artistic decoration consisting of "surface decorations based on rhythmic linear patterns of scrolling and interlacing foliage, tendrils" or plain lines".  There are some nice illustrations of this if you search google images for Arabesque or look at the Wikipedia page.  One of the most outstanding examples of it it the Sheikh Lotfollah Mosque in Esfahan in Iran.
Felicity
This is a piece commissioned by a big band called jet stream.  One World Orchestra has acquired the score and also made itself available to trial some of the scoring before it was handed over to Jet Stream.  Trumpet player Raoul D'Oliveira, who from time to time has appeared with us, directs Jet Stream and it is he who commissioned the piece.